With the support of Cody Hochen, Wildlife Conservation Partnerships Program Officer at Brisbane City Council, a group of MCCG members set up a motion-sensor camera in the Kenmore High School grounds near McKay Brook over the last couple of weeks (June 2020).

They have graciously shared the results with us. The images were surprising in many ways, showing that some fauna is highly active at night. Only a few different species were recorded, but there was plenty of activity from them on most nights. In all, over 500 images were captured!

There were shots of a couple of possums, with one of them a short-eared possum.

Lots of bandicoot interest! Unfortunately the camera was a little too high and every image is of its back. Cody believes it is a long-nosed bandicoot.

There was the usual brush turkey activity and sadly, also a very healthy fox. It was only captured on one occasion. This is particularly disappointing as it has only been a month after unsuccessful efforts by a BCC trapper to trap feral cats and foxes in the area.

There were high hopes for a photo of an echidna as there are clear signs of activity but unfortunately, it was camera shy and managed to evade the camera.

On a more encouraging note, on a check on Saturday 6 June, a micro-bat was found in one of the group’s purpose-built bat tubes installed last year. There have been a couple of previous sightings in these tubes but the regularity of sightings seems to be improving.

Here is a selection of photos from the night. The first two feature the long-nosed bandicoot, and the remainder show the possum and fox. 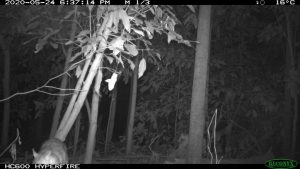 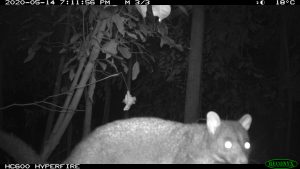 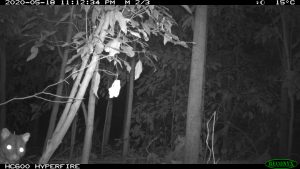 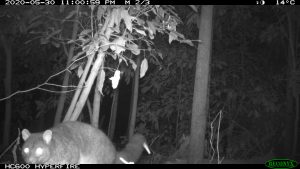 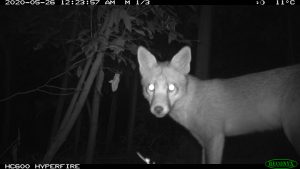 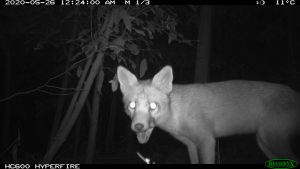 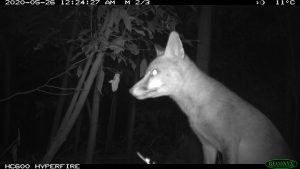 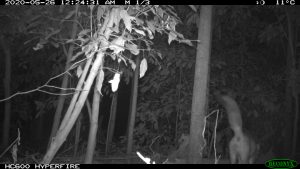